Jacksonville is getting back into the swing of things! Click here to find out what you’re doing this month.

Finally, Jacksonville to replace Andrew Jackson statue with a lot of Nu-Metal.  By: Glenn Michael Van Dyke As Floridians, we’re all used to the long, straight, and unchanging drive from Jacksonville to Miami, from hot to hotter, an apt metaphor for Florida’s place among our current political climate. The terrain is all too familiar. It would be “very Florida” to simply crack a beer and watch the scene unfold. But that doesn’t really seem to be working in our favor.  For anyone who believes in progress, it’s easy to feel as though we’re held hostage on this here penisula. A … 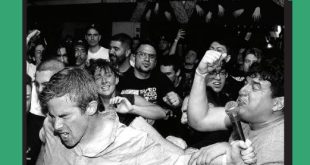 Pick 1 — Cincinnati Bengals Joe Burrow, QB, LSU Does a world exist where the Bengals trade down and see what value they can get on a QB later in the draft? I think it does exist, but we won’t find out. The only thing up in the air here is what happens with the Red Rocket in the NFL. Pick 2 — Washington Redskins Chase Young, DE, Ohio State Washington isn’t going to take a QB, right? RIGHT!? Trade down is definitely possible, but I think they take who is likely the best prospect on their board. Pick 3 …

“Steel Cut Oats. Egg whites, with Mozzarella cheese. Turkey bacon, but not crispy. Fresh watermelon and Midnight Beauty grapes. Orange juice with pomegranate, and a little brown sugar on the side.” Sitting on the patio of a local coffee shop, Chef Nina G rattles ’s daily breakfast off of the top of her head ecstatically, without fumbling. She dives into Fournette’s lunch and dinner preference with vigor, barely allowing me to get a word in. She’s elated to discuss the menu, but I’m more interested in how she became a personal chef for some of the ’ most popular athletes. …

A Century-Old Rivalry: Top Plays This Millennium for the Florida-Georgia Football Game

The rivalry between the and the has a long, storied past. Since 1915, the has been one that not only fans of the two schools look forward to, but, in most years, it’s a marquee matchup that often decides the fate of the Southeastern Conference Championship game, held later in the season. This year the game will take place on Saturday, November 2. See below for game day details. As a Millennial, I have a unique experience when it comes to how I view this series. I’ve been told the stories of the “Fourth and Dumb” and “Run, Lindsay, run!” …

The Jacksonville Jaguars and Jalen Ramsey have finally parted ways. The brash and abrasive, yet extremely talented cornerback has gotten his wish to play in a bigger market and for a better team. received a decent offer of a first-round pick in 2020 and a first and fourth round pick in 2021. All seems right with the world. And, It should seem okay. The team got compensation back for a player that made it very clear he wasn’t willing to play for them anymore, and the budding star at a premium position gets out of the city that drafted him. …

Show Me the Money: Will the Jaguars new draft class go down as the best in franchise history because of Myles Jack extension? The 2016 was a turning point for the franchise. Coming into that draft, the Jaguars were fresh off a disappointing 5-11 season and fans were rightfully frustrated. The team was one season removed from drafting their presumed franchise quarterback, and the team hadn’t had the improvement that was expected of them. knew something had to be done.  The upcoming draft and offseason presented a new hope for the franchise, an opportunity to improve the team and get the …

Miami Dolphins 2019 Record Predictions The . What is there to say about a team that made a move for a quarterback in , had some pieces that could help this team win a few games only to trade away their cornerstone left tackle and arguably their best wide receiver a week before the season starts? Tua Tagovailoa is what you’d say.  After a shellacking brought to South Beach by Lamar Jackson, the Dolphins are poised to have the top selection in the NFL Draft next year.    will predict the rest of the season for the struggling Dolphins, and …